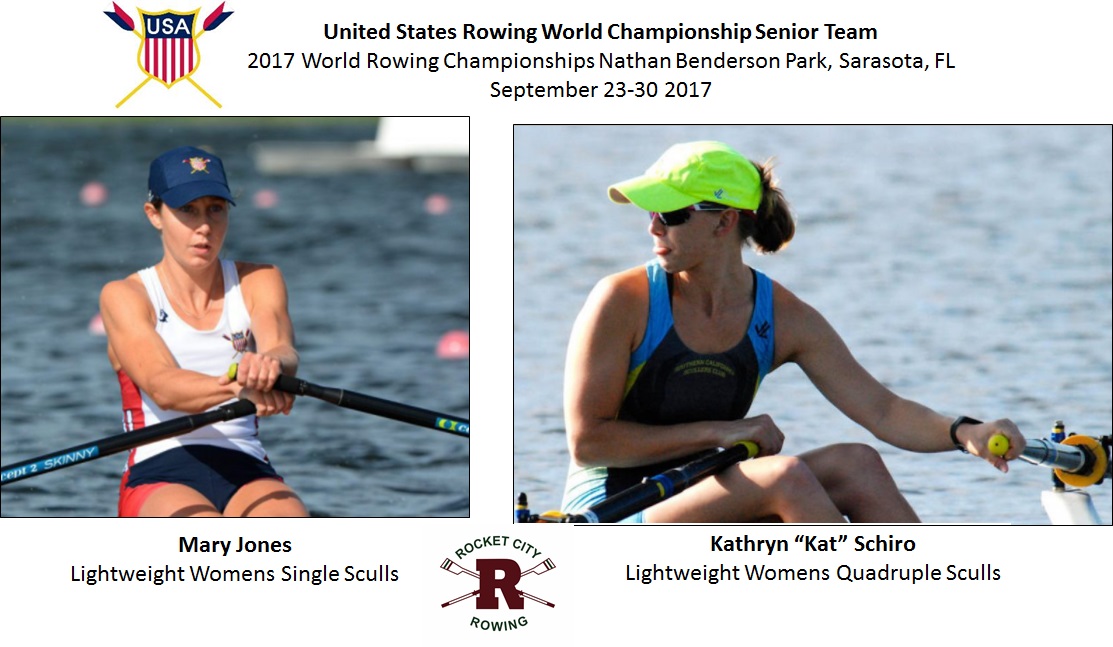 Rocket City Rowing has not just one, but two junior alumnae rowing on the US Senior Team at the 2017 World Rowing Championships that will be held September 23-29, 2017 at Nathan Benderson Park in Sarasota Florida. This will be the first international rowing competition held in the United States in over 20 years. Additionally, this year will be the first World Championship in the new quadrennium, as U.S. crews build towards the 2020 Olympic Games.

Mary Jones Nabel, currently rowing out of Cambridge Boat Club in Boston, Massachussetts, is a veteran of 3 Senior Teams (2014, 2016, and 2017) and 1 National Team (2015 Pan American Games), will be rowing in the womens lightweight woens single sculls. She spent this summer competing in Europe at World Cup II in Poznan, Poland (early June), the Holland Becker Regatta in Amsterdam  the Netherlands (late June), and World Cup III in Lucerne. Switzerland (early July).

She will be joined by Kat Schiro on her first senior team after being on the 2014 U23 team. Kat who is currently rowing with the Schuykill Navy out of Philadelphia, Pennsylvania will be joined in the quad by three other Schuykill Navy  rowers in the lightweight women’s quadruple sculls. We wish them both  them both some great racing experience!

Tickets can be purchased at https://tickets.wrch2017.com/. Use code 776 and 10% of your ticket will be donated to Rocket City Rowing to support our rowing programs in the Tennessee Valley!